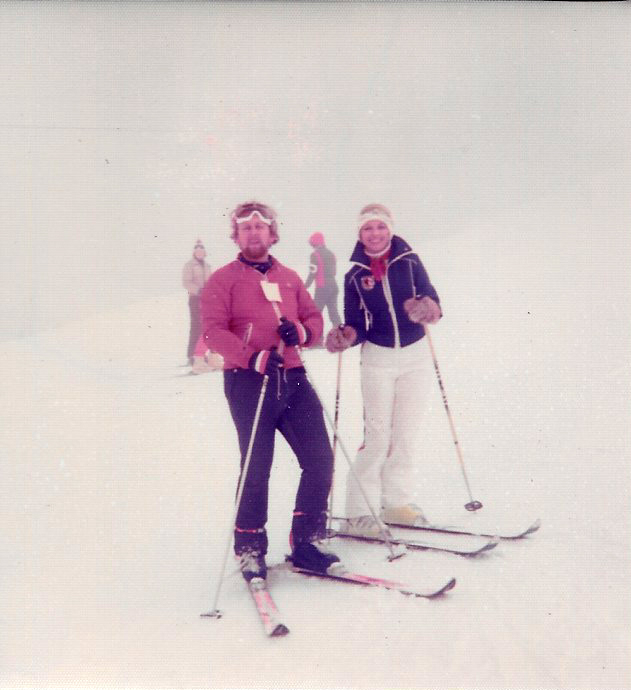 The Army sponsored the Nuremberg International Ski Club. I was a beginner skier at the time, so this was my perfect opportunity to learn. I joined the club, which organized ski trips every month to the Alps.

The first trip I went on with the group was to Lech, Austria. We had a great bus, with a keg of beer in the back, about 30 people, and Neil Diamond on the stereo. It was a great bus ride!

It was April, late in the season and the snow on the slopes was heavy with a recent rain. I rented some skis and took off. I was going a little faster than I should have and BAM! Lost control. The tip of one ski went straight down in the snow and stuck. My binding didn’t release and did a beautiful turn in mid-air twisting my knee and my ankle.

The very handsome and talented Austrian Ski Patrol rescued me, put my leg in an inflatable cast, and rushed me off the mountain in a great little sled.

In the small village was a doctor in an old house. He spoke broken English and I was a perfect match with my broken German. He checked my leg out and determined that nothing was broken, sent me back to the hotel with some pain killers, and I spent the rest of my weekend with my leg up on pillows.

Back in Nuremberg I went to the Army hospital, where I got put on crutches. But it didn’t stop me. In only a few months after that I was back up on the slopes and ready to learn again!

I love Austria, and for two years was able to enjoy her majestic snow covered Alps. 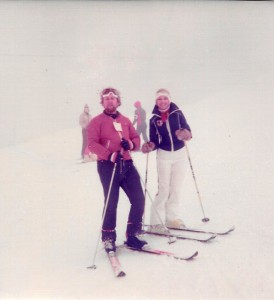 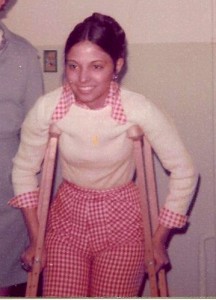 My first ski trip in Austria.