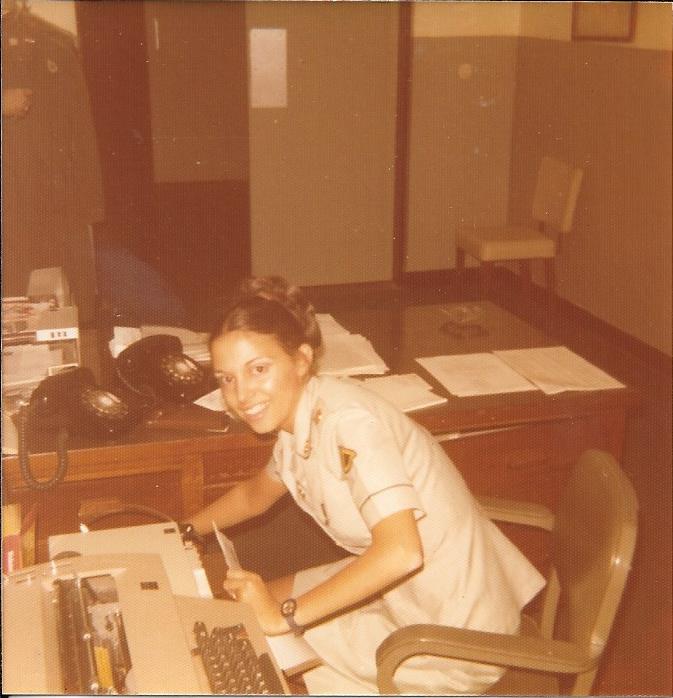 Many years ago I was in the Army, and stationed in Germany.

CSM Middleton was a bulldozer of a man. I secretly believed he was Frankenstein’s monster.  He looked the part with his large body, squared shoulders and often frightening face. I couldn’t see the bolts on his thick neck, but assumed he’d had them removed with plastic surgery.

I further backed up my theory by the fact that he lived to terrorize everyone. It was his sole purpose in life. Our troops dreaded his visit to their company. CSM Middleton would make them stand at attention while he yelled at them. If he couldn’t find something wrong with them or their work, he would make it up. He didn’t care. 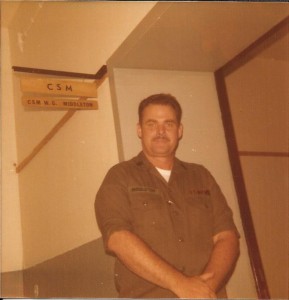 I had often suffered his wrath, since my office was right next to his. But there was one day when all that changed.

It was the week before Easter, and I woke up that morning in a wonderful mood. Nothing in particular had happened to cause the good mood, I just woke up feeling on top of the world. It was spring, blue skies, colorful flowers bursting from window boxes, and I was walking on sunshine.

I got to work and heard a thundering sound at the far end of the hall that was charging straight for my desk. The Colonel’s driver leaned over and said, “Look out, here comes the Sergeant Major, and he’s in a bad mood.”

Well the Sergeant Major was always in a bad mood. He came to a roaring stop at my desk and started yelling at me. “Did I do this? Did I do that?” 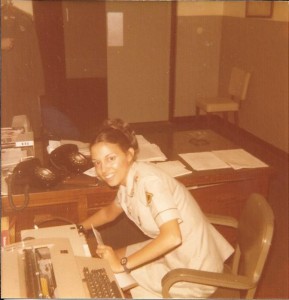 Me at my desk

Remember, I was walking on sunshine that morning, and no one, not even the Sergeant Major, was taking my good mood away from me. So I did something I’d never done before. I smiled at him. Big! I smiled and said cheerfully, “No, but I will.”

He stepped back bewildered. He didn’t know how to deal with this. He was used to people cowering in fear, not smiling in happiness.

He left the office.

I bought the card and wrote in it, “I care, have a wonderful day.” And I bought a big chocolate bunny, since it was almost Easter, and I placed the card and the chocolate bunny in the Sergeant Major’s office. Instead of letting him take my good mood away from me, I decided to share it with him.

That afternoon he returned, went in his office and then left. He never said a word about the card or the chocolate bunny.

It was several days later before he came back in the office, and when he did, he had changed into my friend and ally. He was kind, smiled, and shared stories of his travels. He never yelled at me again.

When I left Germany, it was the Sergeant Major who threw me a going away party with cake and gifts. I cared, and so did he.

Every day we have choices to make. I discovered happiness is a choice. I encourage you to choose happiness, and don’t let anyone take it away from you. Instead – share it!